Why are these men sitting in a car in NYC? and Live on Facebook with the Global community? 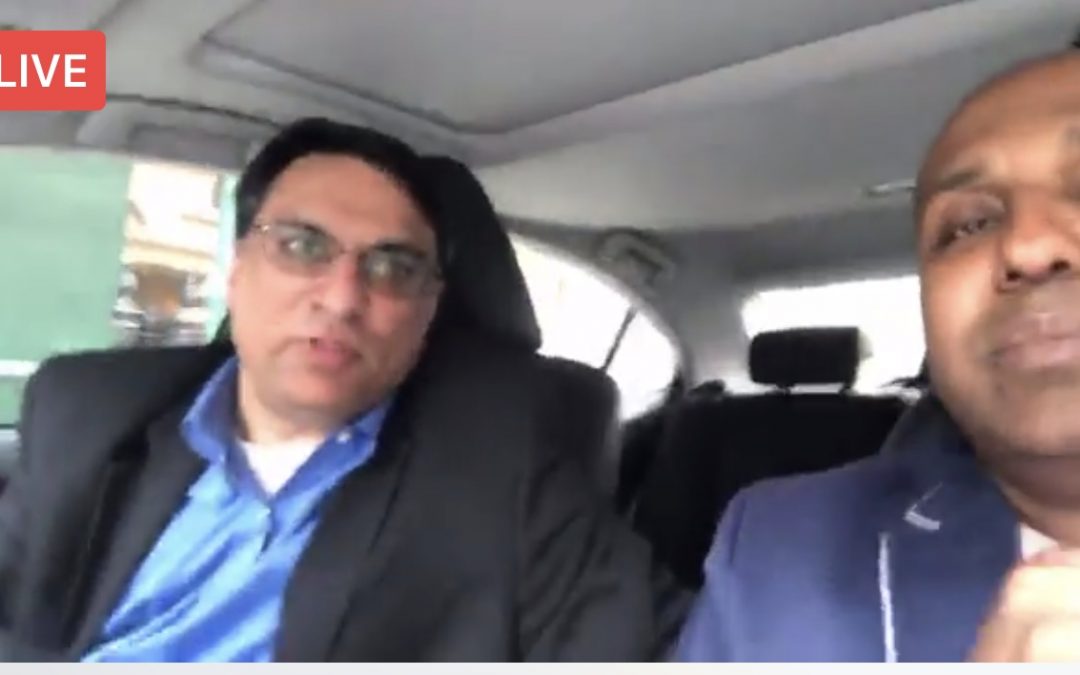 Is this Comedians In Cars Getting Coffee?  I don’t see Jerry Seinfeld.

So then Carpool Karoake? Nope, no singing. No James Corden. 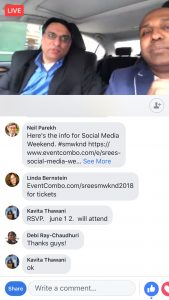 Oh, luckily they are parked.  In a borrowed car.  Neil’s sister let them borrow it got when it got too windy and cold to read outside. (They were originally sitting at an outdoor table at Tarallucci e Vino in New York City)

If a friend told me she was watching someone reading a newspaper I would tell her  “that sounds as exciting as Watching Print Dry.”

But I tune in to watch.  Even though I get my own copy delivered every day to my porch.  I am a proud print subscriber – since 2006!

One of Sree’s missions is to #KeepPrintAlive. He is doing this is by hosting a Live readalong every Sunday morning #NYTReadAlong.

Why is watching Sree read so intriguing?

To join in the head to Facebook Live every Sunday morning 8:30AM-10AM Eastern – #NYTReadAlong

I have a #LifeGoal to get published in The New York Times. Although I know it’s one of the toughest publications to get accepted, I currently have a few pitches out to editors there.

We always hear that it’s important to visualize your success. Every morning when I get The New York Times out of The Blue Bag from my front porch I visualize the day that my name will be inside.

Now I will also visualize Sree reading it live!